How do you call the day before yesterday?

What is the word for 12 o’clock at night?

The Parts of the Day

First of all, the parts of the day that you call morning, afternoon and evening are strictly divided in English (in other languages, not always).

However, usually when it’s already completely dark, you can also call this night. For example, when you go outside when it’s dark and you see lots of stars, you can say: “It’s a nice night.” Let’s say you can say night from around 9 or 10 pm. You decide when it’s suitable. 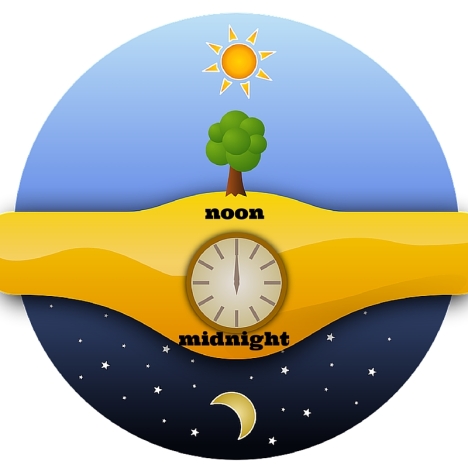 When Do You Say Good Morning etc.?

First of all, keep in mind that you say the following when you meet someone:

Good afternoon when it’s afternoon. So that’s until 18:00! When you start a meeting at 5 pm, you would say good afternoon to everybody.

You say good night when you leave. And only when it’s night, of course, because good night means that you’re going to sleep. You can decide when is an appropriate time to wish someone a good night’s sleep, but normally that wouldn’t be before 9 pm (unless you are speaking to a child who goes to bed before that.)

The meaning of am and pm

Some of my students have clever explanations of the abbreviations am and pm. One said that am means after morning. But what does pm mean then?

In fact, these abbreviations come from Latin.

How is your Latin lately?

Am: ante meridiem. Ante means before and meridiem means midday. (Think of the word Mediterranean Sea, which means the Sea in the Middle, because the Romans thought that Italy was the centre of the world.)

Where midday means 12:00 in the afternoon, or noon.

The day before and the day after

Now about how you speak about the day before yesterday.

In English you can say: the day before yesterday.

Or if you want to refer to a day before an earlier day, you could say, the day before the last day. (This means that you’ve already explained when this last day was.) 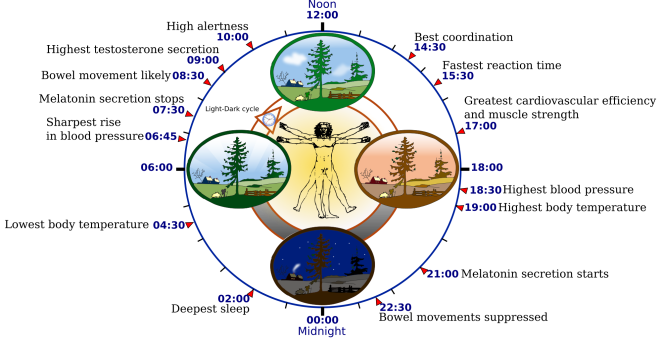 To indicate that it’s at the beginning of the morning, you can say early morning.

To say that it’s at the beginning of the afternoon, you can say early afternoon.

The same thing for evening.

You don’t say early night. (and not mid-night either.)

An early night means that you go to bed early.

You can say late night.

When it’s in the middle of the morning, you can say mid-morning. Please note the hyphen (-).

And the same thing with late: When it’s at the end of the morning, you can say late morning.

Here is a handy table for you:

What time is mid-afternoon exactly?

That will depend on different people’s perceptions. Early morning can be 6 am for me, and 8 pm for you. It depends what time we usually get up.

Mid-afternoon is a bit more exact, it will mean anytime between 2-4 pm.

Now you can do an easy quiz:

Morrie and Brad are trying to make an appointment. Can you help them understand each other?

Do this quiz online here.

Want to learn more about times? Here are some more articles and quizzes about similar subjects:

Expressions with Time: Are You Tardy?

Problems with Time and Room

Where to Put Time Expressions in Your Sentence