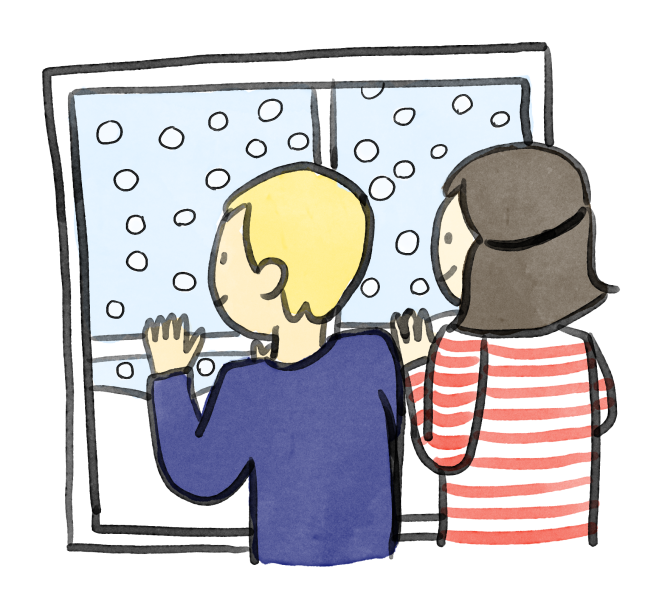 Underneath is a short guide to holiday songs, movies and series. You want to read a holiday book? Um, well, sorry, hadn’t thought of that. 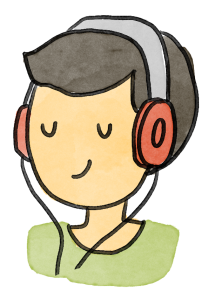 Pentatonix – That’s Christmas to Me

To get into the right mood, first let’s listen to this big hit by American a cappella group Pentatonix. The song is lifted from their new album with the same name. It’s so successful that it beat even Taylor Swift at the charts.

Underneath are the lyrics, but the verses are not in the right order. Can you listen to what the right order should be? You can check that you did it correctly if you click here.

“That’s Christmas To Me”

4) I listen for the thud of reindeer walking on the roof
As I fall asleep to lullabies, the morning’s coming soon
The only gift I’ll ever need is the joy of family
Oh, why? ‘Cause that’s Christmas to me

5) Oh, the joy that fills our hearts and makes us see
Oh, why? ‘Cause that’s Christmas to me

6) The fireplace is burning bright, shining all on me
I see the presents underneath the good old Christmas tree
And I wait all night ’til Santa comes to wake me from my dreams
Oh, why? ‘Cause that’s Christmas to me
I’ve got this Christmas song in my heart (song in my heart)

7) I’ve got this Christmas song in my heart
I’ve got the candles glowing in the dark
And then for years to come we’ll always know one thing
That’s the love that Christmas can bring
Oh, why? ‘Cause that’s Christmas to me

8) I see the children play outside, like angels in the snow
While mom and daddy share a kiss under the mistletoe
And we’ll cherish all these simple things wherever we may be
Oh, why? ‘Cause that’s Christmas to me

I also liked this song:
Over The Rhine – Blood Oranges in the Snow

This song is original, I mean it’s not a cover. The American folk duo, husband and wife Karin Bergquist and Linford Detweiler, brought out two previous Christmas albums. They seem to love this season! But this song about a father who starts singing the only song he knows after dinner is done is sweet.

Scroll down to the middle of this page to listen to the song (and some others from the same album). The YouTube video is not available in every country.

An Americana Christmas by Different Artists

Famous Christmas songs sung by Johnny Cash and his talking animals in the nativity scene, Emmylou Harris and Bob Dylan, and some newer versions. You can listen to excerpts here.

Christmas carols by the squeaky singer of the Red House Painters. Not commercial at all, but nice and gloomy.
Here is “O Come All Ye Faithful.”

From the London pop trio Saint Etienne, who compiled songs from the fifties and sixties. Nostalgic and some really great songs.

You can listen to the songs here.

This may be the first time you hear her name, but Idina Menzel is one of the big musical stars on Broadway. She also starred in Glee. This record is really too sugar candy sweet for me, but you might like it.

Click this link when the trailer is enough for you.

Here is a duet with Michael Buble: “Baby It’s Cold Outside.”

Special Offer to become an exclusive member of English with a Smile. Until 5 January 2015: Discount of 10 percent. After this date prices will go up. Order here.

The Christmas holidays are a time to spend with family and reminisce on old times. Stop bickering about who wants to see what. Just get together and create a cozy new family tradition.

This might be an oldie, but ask English speakers which movie they watch together with the family or their boyfriend/girlfriend, and 1 out of 2 will say this classic movie. Not only is the story great, but the actors are all-time favorites James Stewart and the beautiful Donna Reed. This movie is perfect for the holidays because it is set during Christmas Eve and focuses on a man that wishes he was never born and is contemplating suicide. This may seem like a bit of a dark thing for the holiday season, but he is rescued by his very own guardian angel that shows him how the world would be if he didn’t exist. This holiday film will evoke some tears, but in the end leave you feeling joyous and thankful.

This classic film has just the humor and romance to keep the ladies at your holiday party interested and kick the holiday season into high gear. It is about a cynical meteorologist that gets stuck in time while doing a story about a groundhog seeing his shadow. It stars Bill Murray and Andie MacDowell. This is one movie that will make you giggle.

If you are an action lover (I am), you may get your holiday fix by kicking back and watching Die Hard. This classic action film starring Bruce Willis takes place in New York City right before Christmas Eve. So yes, you get a holiday backdrop, but tons of action and suspense to keep you on the edge of your seat. This really is the best holiday film selection for those that just can’t get enough of action and thrills.

If you want to have a little bit of dark humor during the holidays to keep you going, you can’t go wrong with Bad Santa. It stars Bill Bob Thornton in a role as a sex-addicted, miserable con artist who plans on robbing a department store on Christmas Eve. For this he dresses up as Santa Claus, which also earns him a relationship with a woman who has a thing for Santas. From then, things get worse. What better way to put yourself in the holiday spirit?

What about Home Alone, you may ask? The cute little boy staying alone in his house? Tons of fans mark the endless franchise as their favorite holiday movie(s), but nah, not me. Too childish.

Special Offer to become an exclusive member of English with a Smile. Until 5 January 2015: Discount of 10 percent. After this date prices will go up. Order here.

* See Word to the Wise

As one of television’s most popular shows, Breaking Bad is about a high school science teacher who is suffering from cancer and decides that it’s time to turn his life around and become a meth manufacturer. The show has a variety of different stars and is extremely enticing, as it will pull you in from the first episode. You will have no other choice but to watch it from beginning to end. 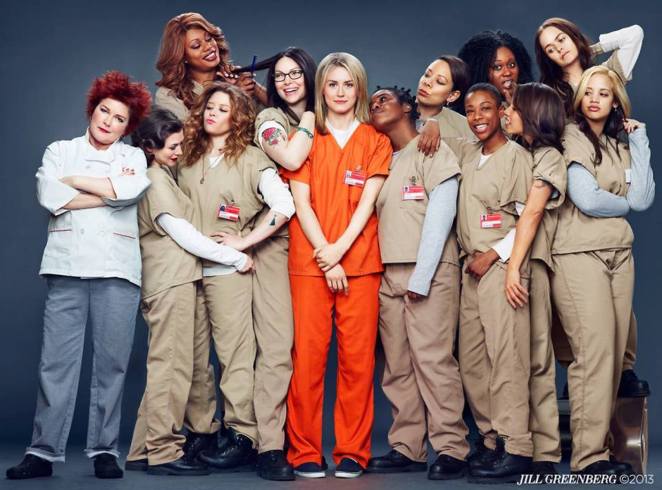 Everyone has been buzzing about this TV show for good reason, and since it is a Netflix original, you can access it from the application. With an amazing cast, fantastic writing, and a quality that is relatively rare with today’s typical shows, Orange is the New Black is a great show to get caught up on. Based on true events, the show goes into detail about how Piper Kerman experiences a women’s prison.

First broadcast in the 90’s, Buffy the Vampire Slayer became the favorite of many people around the world as it stars Joss Whedon and Sarah Michelle Gellar. Exploring the interesting world of the supernatural, Gellar plays a vampire slayer that protects mankind from demons, vampires, and other supernatural creatures in every episode.

Even if you’re not a fan of football, the amount of drama in this show will keep you excited from beginning to end. It is based on a bunch of misfit teenagers in a rural town in Texas that work diligently to help their high school football team become the best in the state. Once again, there is a wide variety of popular stars including Taylor Kitsch that help to make the TV show something that you won’t soon forget. Your regular cable provider will show Friday Night Lights in a marathon but all of the seasons are also accessible through Netflix.