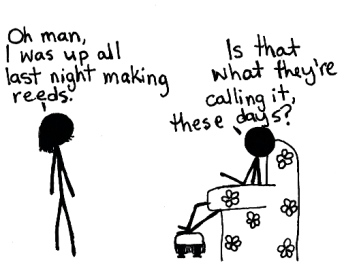 Euphemisms are nice and pleasant expressions that are used in the place of offensive or unpleasant expressions. So instead of something that sounds harsh or cruel, you’ll use a euphemism that makes it sound harmless or less cruel.

If I give you some examples, I’m sure you’ll know what I’m talking about.

For instance, you’ll say: Granny passed away last October at the age of 125.

Anyhow, as you understand, when you say “passed away” you really mean “died.”

Some people don’t like to speak of dying, so they say “passed away.”

Just as, some people don’t like to say cancer, so they say the Big C, or a serious disease.

You can say: Victoria is between jobs.

When you really mean is that she is unemployed (= she doesn’t have a job).

Some people don’t like to admit they aren’t working; they are a bit ashamed of it. So they say in between jobs.

Another example: Adnan and Silvie are sleeping together.

Ahum, could they be having sex?

Sanitation engineers pick up the rubbish at 6 o’clock and make it impossible to sleep in.

What is meant here is garbagemen (American) or dust collectors or rubbish men (British English) or however you might want to call them. But sanitation engineer sounds like a respectable job.

What do the following euphemisms mean, do you think?

You can do this exercise online and check your answers:

1 Distressed jeans are all the rage.

2 Her boss thought she was unmotivated and let her go.

3 He’s getting chubby because his diet consists of double cheeseburgers and milkshakes.

4 What is this horrible smell? Did a horse just break wind?

5 Economical with the truth

6 My parents don’t allow me to watch adult entertainment.

7 Something isn’t quite right.

8 Elsa got up from the table. She said she was going to powder her nose.

9 My rabbit was terminally ill so the vet put it to sleep.

10 Jan is an alcoholic and sadly he’s been on the streets for the past year.

Also read this article about euphemisms.

3 thoughts on “Are You Between Jobs? – Euphemisms”