Singular – there is one thing of it.

Plural – there is more than one thing of it.

So that means that plural words (nouns) usually describe more than one thing. For example, apples means two or more apples.

Now the special thing with words that exist only in the plural is that they often describe one thing.

For instance: scissors. You know, the thing that cuts paper. It’s true that they have two legs, but it’s one device right?

There are some more devices which are plural. Here is a small list:

All these device words take the plural verb and also a plural pronoun (they, not it).

Here are some examples of sentences with these devices:

These scissors don’t cut well. Do you have another pair?

Put on your sunglasses. They protect you against UV-radiation that can damage your eyes.

Another kind of item that has two parts that make up a whole is certain pieces of clothes.

A pair of trousers (pants in American English) has two legs, but it’s still one piece of clothing. However, trousers or pants use a plural verb.

For all these, you must use a plural verb, a plural pronoun (they, their, them, these, those) when you refer to them, and you can say: a pair of.

Note: A pair of is a strange expression, because you can use a pair of for two separate things that usually come in twos (i.e. a pair of eyes), as well as for jeans, which has only two legs but actually they form one item.

A pair of socks – a pair of shorts.

Does A Pair Of also Take a Plural Verb?

The answer is no, not always.

With a pair of you must decide whether the pair is seen as one unit, in which case you use the singular verb.

If you see a pair of things as two things (or people), you should use the plural verb.

You would use the singular verb for the pair of braces in the following sentence:

Those pants are much too wide for him, but a pair of braces holds them up well. 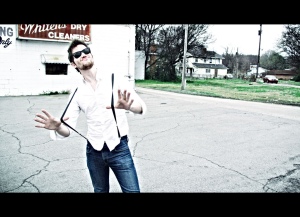 Note that the pants are still with a plural verb, as we’ve learnt above.

Here are two more examples of sentences with plural clothing items, so you can study the verbs and pronouns that come with them:

Aren’t those shorts too cold for a rainy day like this?

A pair of jeans is the most convenient piece of clothing that I own.

Note: Instead of a pair of you can also use a set of.

Examples are: economics and tropics.

Here is an example sentence with economics. Pay attention to the verb:

Economics does not interest Paul a lot, because he prefers exact science.

Here is an example sentence with tropics. Pay attention to the plural verb:

The tropics are home to a great variety of species.

Here is a small list of plural nouns with -ics for subjects (taking a singular verb):

Electronics (can also be plural when it refers to the electronic parts of techniques in a device).

Ceramics (can be plural when speaking about pieces of pottery)

And here are some other plural nouns with –ics that are more than one, and take a plural verb:

Diabetics (the people suffering from diabetes)

There are many more, but these are some of the more common ones.

Now you can do this quiz about subject and verb agreement.