The following scenario will probably happen to you or someone near you very soon: the End of the Summer holidays is upon us. We’ll need to go back to school. No, not me. I’ll only go back to teaching at a college in October.

What happens if we don’t go to school? You don’t want to know…

The following poem has a lesson for us: Life is worse if we don’t go to school.

SEVEN AT THE GOLDEN SHOVEL. 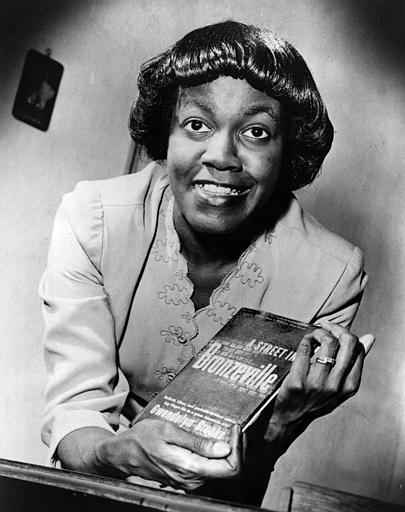 Gwendolyn Brooks was a famous American poet. Like many poets, she also taught at university. She was the first black person to receive a Pulitzer Prize, which is a prestigious award for literary achievements. I mean, she is still famous today. The above poem, though it is ultra-short, gives you some taste of Brooks’ word wizardry. The words in this poem are real cool! Try writing a poem like this yourself and you’ll understand that she uses exactly the right word for things, and they also sound vibrant, humourous and interesting. Remember, one of the functions of poetry is that it makes readers or listeners enjoy the sounds of the words.

Main Idea of the Poem

What’s the overall idea of this poem? Simple: kids who don’t go to school may look cool but they’re not. Their lives are short and miserable.

The Use of We

The first thing you’ll notice is that the poet is using “we.” It’s pretty hard to overlook, as the “we” gets its own very distinctive place with a capital W at the end of each line. The strange thing is that Gwendolyn Brooks herself said (in an interview) that the we should be said softly, as the kids in the poem are tiny and weak and don’t have a sense of themselves.

Here are some of my ideas about “we.”

Why is the poet using “we?” The poet for sure hasn’t left school before her time, so she is not part of this group. Brooks was educated, although she only finished junior college because she was more interested in becoming a writer. I think she probably uses “we” because she comes from the black minority herself and in the US that means they have some education issues, such as problematic schools, more violence and lower education levels. These problems are important and need to be addressed. It doesn’t mean that the “we” in the poem are automatically black kids. They might also be white. Statistically there may be more black kids who drop out of school, but the problem is just as bad for white dropouts. The “we” are also emphasized because they may be a minority group of “trouble makers;” anyhow the problem of young people leaving school is a big problem for the society they live in.

Another reason for using “we” may be that, I don’t know if you’ve noticed this yourself, problem makers often hang out in groups (or gangs). And a last reason for using “we” might be that as we read this poem, we begin to identify ourselves with the dropouts. The “we” makes us part of the problem. Imagine that the people in the poem would be described as “they” and you’d get a very different feeling, probably much more distant, right?

There may be some unfamiliar words in this poem, so let’s discuss each line.

First of all the Title.

“We Real Cool” is in street language. You can see immediately that this is not a grammatically correct sentence. In normal English you’d say: We are really cool. So it’s clear that the kids in the poem haven’t learnt proper grammar. That is because they left school, as we learn in line 2, and now they think that their version of language is cool.

The subtitle (= the second title) says “The Pool Players. Seven at the Golden Shovel.” The pool players sounds like they are characters in a play, like now we’re going to read some uppity Shakespeare play or something. There are seven of these actors (like the seven sins). The Golden Shovel sounds like the name of a theatre or maybe an expensive hotel, except that these kids don’t play in a theatre or hotel, but in a pool hall. So they’re not playing in the sense of acting, but playing a game. Doing nothing useful.

Why are they able to hang around in the pool hall all day? Because they don’t go to school.

By the way, shovel is a small tool that you use to dig. Like when children go to the beach, they take a pail and shovel.

In line 3 it says they lurk late. Lurk is a fantastic word here. We understand that they stay up late. Lurk means to sneak around in a place that you can’t see, like thieves sneaking around in the dark. That is natural, as the dropouts aren’t supposed to be seen. They should be in school, and if they’re not, they will soon get caught by the police or the welfare department.

In line 4 they strike straight. Strike means to hit or score a goal. And straight means direct or correctly. But it can also mean sober, without alcohol.

We’re not sure what these youngsters strike: could be the balls in the game of pool, but – who knows what they are up to – it could also be some other dirty business, which they do well and swiftly.

Then, they “sing sin (line 5)” That sounds like a baby song, but its meaning is not so innocent.

Just to make sure we don’t forget that they’re only children, they “thin gin (line 6):” they make the gin thinner with water.

They “jazz June (line 7).” Jazz as a verb can mean make it more exciting, make it like a party, but it can also mean lie. We understand here that the school truants (= someone who is not in school when they should and probably lie about it) make a lively mess of June.

And sometime after that, they die (line 8), presumably as a result of their living dangerously.

Did you know? We Real Cool inspired another poem “The Golden Shovel,” by Terrance Hayes. In that poem each word from Brooks’ original poem is used as an end word for each line in Hayes’ poem. Pretty cool, but I admire the original poem more. There’s also a band The Jazz June called after this poem.

So What About School?

Okay, so thanks to Gwendolyn Brooks we now understand that school has at least some merit (= value). Keeps kids off the street and education prolongs life (= makes life longer).

We all know the bad things about school: It can be boring, teachers can be idiots, and classes can be irrelevant to what we really want to study.

So what are the good things about school?

For me, the best things about school were that it was a meeting place with friends, laughing at the teachers  and learning the art of daydreaming. This last activity can be positive as you can get excellent ideas when daydreaming. But it can also be dangerous, because it can turn into a habit that you won’t be able to shake loose as an adult and it makes you lazy and unengaged (= not living in the moment). I’m talking from my own experience here.

In the following poem daydreaming in the classroom is presented as an innocent, natural pursuit (= activity), that is opposed to the thing that the teacher wants, which is to answer a question. Let’s read first, and you judge for yourself what’s going on here.

1 The teacher asks a question.

2 You know the answer, you suspect

3 you are the only one in the classroom

4 who knows the answer, because the person

5 in question is yourself, and on that

6 you are the greatest living authority,

7 but you don’t raise your hand.

8 You raise the top of your desk

9 and take out an apple.

10 You look out the window.

11 You don’t raise your hand and there is

12 some essential beauty in your fingers,

13 which aren’t even drumming, but lie

15 The teacher repeats the question.

16 Outside the window, on an overhanging branch,

17 a robin is ruffling its feathers 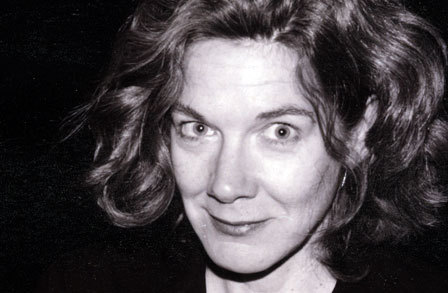 Mary Ruefle is another example of a poet who works as a university professor on the side.

Let’s talk about the poem a little bit.

In lines 1 and 2 we find our familiar classroom situation. The teacher is asking a question, the “I” has the answer.

What kind of question is it?

In lines 2 – 6 the question is described as about the student. It’s a personal question. Why is the teacher asking a personal question, you may ask? I don’t know. It could be the kind of question that teachers like to ask, which is: What do you think? Why do teachers like to ask this? Well, because their job is to make students think. And they ask questions to help students with this, or to make their thinking become better.

“and on that you are the greatest living authority,” If this is a question about personal opinion, of course the student knows the most about it.

Anyway, in line 7 we learn that the student isn’t answering. She (or he) isn’t putting her hand up. Why not? There are lots of possible explanations; but none of them are in the poem, so ultimately this must be because the student doesn’t want to answer.

Now the student does something interesting. Instead of raising her hand, she raises the top of her desk and she takes out an apple (lines 8 and 9). I don’t know many teachers who love it when their students start toying with food during the class, do you? However, the student doesn’t eat the apple. She looks outside. Oh, that’s good. Because if she’d tried eating the apple, I’m sure the teacher would have said something, or the student would even have been sent out of the classroom. But the student doesn’t want to be sent out of the class. Nor does she want to cooperate with the teacher. Does she just want to make her teacher mad? Sit in her bench like a zombie without making an effort?

It’s interesting here that the student takes out an apple from her desk and not, let’s say, a pear. An apple is a symbol of wisdom and knowledge, like in the Bible story about Adam and Eve, where the snake tells Eve to eat the apple. But in this poem, the apple isn’t eaten, and likewise you could say that the student doesn’t gain any knowledge. Or does she?

When she looks outside the window, there seems to be plenty to study there. In lines 16 – 18 the student is looking at a branch on which a robin is cleaning its feathers and it’s getting spring, both of which are pretty interesting observations, and possibly more interesting than what goes on in the class. Perhaps the poet means to say here that nature outside the classroom is where things are happening, and not in a dry asking and answering of questions.

The most mysterious part of the poem is lines 11 – 14. Instead of raising her hand, the student is studying the beauty of her fingers when they aren’t moving (drumming = tapping). “There is some essential beauty in your fingers [… “when they] lie flat and peaceful.” I’m just guessing, but it could be that the poet means that school doesn’t teach the enjoyment of beauty and peace. And that is right, as those issues are mainly discovered when people quietly enjoy themselves.

If you have different ideas about these two poems, I’d be happy to hear them.

One thought on “Back to School Poems: We Real Cool and The Hand”