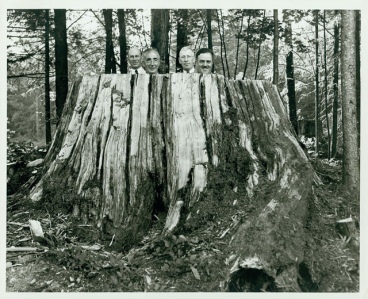 Let’s start with an example: Mr Baker was talking when the Finance Director entered the room.

First of all you should notice this sentence is in the past.

I used two different past tenses in this sentence.

Past progressive and past simple have different verb forms.

Past progressive always has two verbs: the first is was/were and the second is the main verb with –ing added to it.

Past simple is with –ed when it’s a regular verb. If it’s an irregular verb (irregular means not regular), you need your list of irregular verbs because they are all different. Check out the list here if you’re not sure of your irregular past verbs. If the verb you’re looking for is not on the list, it means the verb is regular.

Okay, sorry for the long introduction. Now we’ll get to the actual subject of this article, which is describing situations where there is one long action and a short action, often in the same sentence.

For the long action, you use past progressive.

For the short action, you use past simple.

Danny was sitting on the sofa, twiddling her thumbs.

Leroy was making a salad.

The children were playing football.

B) A short action doesn’t take a lot of time:

The phone rang. This is short, because a phone doesn’t normally ring for an hour.

I made a decision. I may have thought about the issues for a long time, but the actual decision is made in an instant.

It started raining. It may rain for an hour, but the start of the rain is immediate. Note: raining is with –ing, but that does not make this past progressive. The main verb is started here and that is past simple (because of the –ed).

Combine Long and Short Actions in One Sentence

So here is how we put them together:

Danny was sitting on the sofa, twiddling her thumbs, when the phone rang.

Leroy was making a salad when I made a decision.

The children were playing football when it started raining.

1 I can change the order of the sentence if I want to:

The phone rang when Danny was sitting on the sofa, twiddling her thumbs.

I made a decision while Leroy was making a salad.

It started raining when the children were playing football.

2 I can use when and while to indicate that something happened at the same time. I’ve heard many instances where teachers or grammar books said that you should use a particular verb tense after “when” or “while.” However, as my examples show you, you can turn the sentences around. Therefore this rule doesn’t count. The only rule you should be using is to determine (= decide) which is the longer action and which is the shorter action. For the long action use past progressive and for the short action use past simple.

Note: There are also sentences where there are two longer actions or one long action and two short ones. It doesn’t matter. Still use the same rule. Long action: past progressive. Short action: past simple.

Use the verb between brackets (). Use past progressive or past simple.

You can do this exercise online if you follow this link.

If you have a silver membership, you may do this Extra Quiz online as well.

Take note, some sentences may have two progressives in them, or two past simples.

Want to become an exclusive member of English with a Smile too? Have a look here at the low rates. You can make a safe payment with Paypal.