Now for some bad news: There is no foolproof (= 100% certain) way to know whether you can make a negative word with –in or –un. Some words take –dis for the negative! For instance, the opposite of honest is dishonest.

However there are two rules that you can use.

Rule 2: When a positive word starts with –in or -en, the negative of that will not be –in.

So there wouldn’t be any words that start with inin- or inen-. You’ll have to admit that would sound really silly, wouldn’t it?

What’s the Best Way to Learn these Negative Words?

I advise that you first look at a number of un- and –in words, just to make you aware that they exist. If you can remember them all in one go, that’s great. You have a photographic memory! If you don’t, that’s perfectly normal.

Then the second thing you can do is use Word Spellchecker. Let’s look again at the two words from the title. Should it be unforgettable or inforgettable?
Suppose I’ve forgotten my –able rule. So I try typing inforgettable in Microsoft Word. It gets a red squiggly line under it. So that’s the incorrect word. It should be unforgettable.

Yes, but you will say that Spellchecker makes mistakes sometimes or chooses the wrong word for you. That’s true, but trust me, about –in or –un it’s never wrong, as far as I’ve been able to verify (= check).

Here is a small word list that I’d like you to go over, and perhaps remember them — if you can. These words are really common:

Hint: if the word is simple and common, it will take –un for the negative.

Able – unable (and all the words with –able are like this, as we learned in Rule 1)

Have you got those? You’re too good! 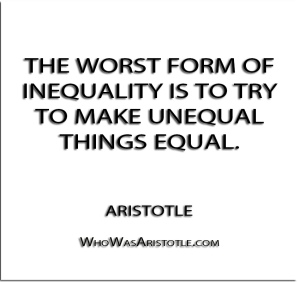 So now we can do an exercise.

I recommend you do this online, because then you’ll be able to check your answers.

Choose the negative form of one of the following words:

10 Usually new managers are pretty useless because they want to make clean house. However our new manager set a new record in being totally ___________.

2 thoughts on “Unforgettable or Inforgettable? – Would You Like In or Un with your Negative Adjective?”