Many people, including a bunch of English teachers, think you can’t change your accents. That’s not true.

Usually the “rule” is that after you’ve reached your thirtieth birthday, your accent will be fully formed, and you won’t be able to change it. Don’t worry, that’s not completely accurate. Although it’s easier to change your accent when you’re younger, people are able to change their accents at a later age too by doing hard work. What kind of work? You need to practise saying the individual sounds. If necessary use a mirror to look into your mouth.

Yes, it sounds strange, but looking into your mouth is the only way to find out how you’re making the sounds.

In this article we’ll discuss the Pronunciation of v.

Many of you will think: whew, that’s easy, I know how to do that. But it’s hard for Spanish speakers. They usually say b. There are a number of other languages where the v is said as w.

Now all you need to do is get out your mirror and do the following things:

1 Smile. Be nice to yourself.

2 Place your upper teeth on your lower lip.

3 Blow air outwards and let your vocal cords work (make a sound in your throat). The sound will be like a small vacuum cleaner. 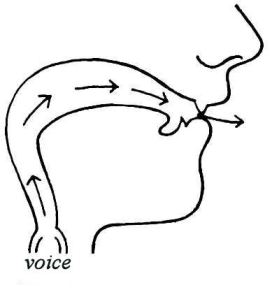 Practise saying the v-sound several times. If you’re not sure, have a look at the following instruction video:

In the video, a lovely woman called Rachel demonstrates how to say v.

The next step is to say words that begin with v.

Then practise words that end in v:

Your last set of words is with v in the middle:

And then lastly it’s on to saying sentence with v-words. If you’re able to say a good v in each sentence, you’ll be a master.

The virgin was a virtuoso on the violin.

The vain vet vanished into a vault.

Other sentences with v:

Every one of seven variations was very creative.

We don’t believe the service we received is valuable.

There have been too much poverty and starvation.

Unless you’ve been living in a cave, you probably won’t believe what Kevin says.

I encourage you to make your own sentences.

One thought on “Correcting your Accent – Pronunciation of V”