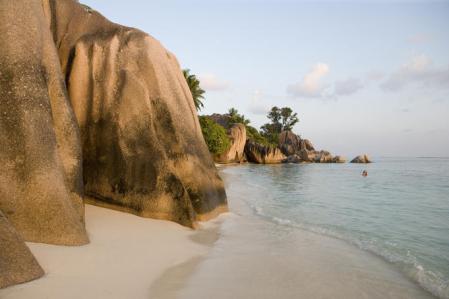 The is the definite article.

You use it when you talk about something that you know. When it’s known, it’s defined. So that’s why it’s called the definite article.

(Another article in English is “a” or “an,” which we talked about last time.)

When To Use The

Here are some examples of “the:”

Look at the title of this article:

Suddenly I heard a voice. The voice was very low.

Last example: I saw a cat. The cat was black.

The first sentence merely tells you that some cat appeared. We don’t know anything about this cat. In sentence 2 we know that “the cat” is the one from the first sentence. Now we also learn that it is black.

Conclusion: As soon as you use “the” there is only one of the thing that you are talking about, and/or you mean only to talk of this one specific thing.

Now see if the following makes sense to you.

Some Rules for Using the Definite Article

4. With objects already mentioned: He was looking for a flat. The flat needed to have two rooms.

5. With nouns or adjectives that possess some general property: the poor will get it worse after the budget has been passed, but the rich will feel the cuts too; the stars are too far away from us to travel to.

6. With surnames to indicate all the members of a family: the Smiths are very kind.

7. With some newspapers and magazines: the Economist, the Times, the Wall Street Journal.

8. With famous works of art: the Mona Lisa, the Black Square, the Girl with a Pearl Earring.

9. With hotels, restaurants and cafes: the Moscow, the Ritz, the Hardrock Cafe.

10. With organizations: the UN, the EU and the KGB.

Here are some more examples of names that are used with “the:”

Exercise 1. Where do you need to put the?

You will find the answers when you scroll down.

2. In ___the___ Republic of China there are a lot of Buddhist monasteries.

3. __The___ Netherlands and Holland mean the same

8. Have you noticed __the___ girls standing next to Bill?

12 thoughts on “I would like to go to the Pacific Ocean – The: The Definite Article”